Ruth Kirkham began making our now famous Lancashire in 1978 after her mother Ruth Townley who farmed at Whin House, Inglewhite retired. Her equipment was brought to Beesley Farm, and given to her daughter along with the knowledge and all important recipe.

With the help of her husband John, Ruth set about turning what had been an old piggery in to a cheese making dairy and this is where the cheese continued to made for the next 30 years until 2008.

For many years Ruth and John milked there herd of around 40 Holstein Friesian cows. The milk was pumped straight into a small vat in the dairy. This was then turned into cheese. They only had two presses and would make four 20kg (44lbs) cheeses a day.

In the mid eighties, Ruth started to supply customers directly. These included the now famous Neal's Yard Dairy in London, who have been buying our cheese for over 25 years now, in the early days they did a lot to promote Mrs Kirkham's and educate the southern toast buds with northern cheese! We have a lot to thank them for. 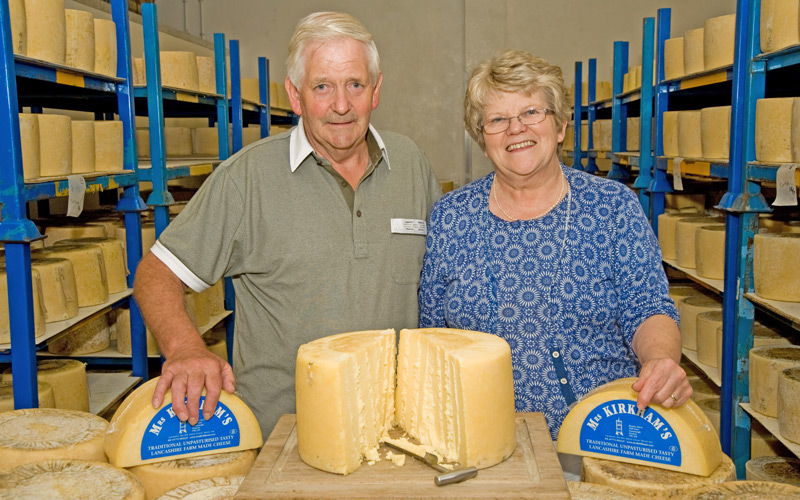 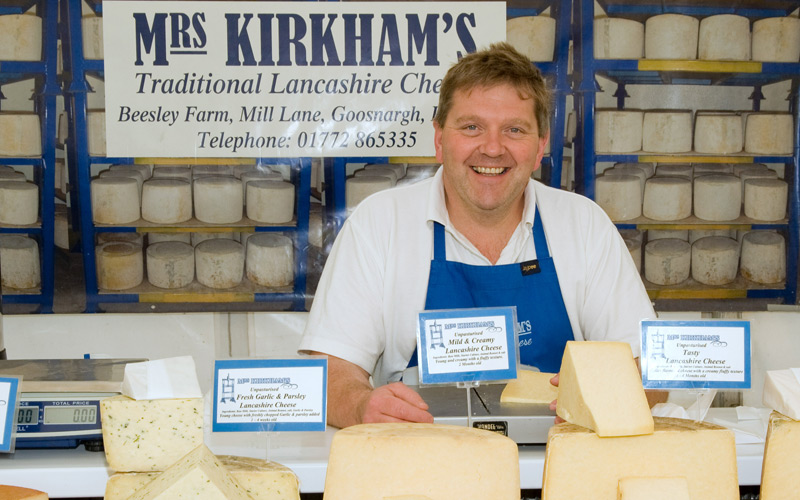 Around 15 years ago Graham returned back to farm and joined the family business. He worked alongside his mum making the cheese, and deciding they needed to up production and sales took the cheese directly to the public when the farmer's markets and speciality food events where launched. This helped promote the cheese and develop sales. Recognition has also been helped by the very popular food programmes which have featured the cheese on many occasions over the years.

In 2006 Graham with his 'Big city Idea's' decided that it was time to build a new cheese making dairy as the old one had become outgrown and outdated.

Hard work and persistence for quality enabled us not only to build a new Cheese making dairy which was completed in May 2008. but also a state of the art milking parlour and Five star accommodation for our now 100 strong herd of cows.

Graham takes great pride in the cheese we make so it was important to get every part of the process right, Happy cows = good quality milk = Good Cheese.

Just A Few Of Our Many Stockists